Your Guide to Ablation Therapies

Many people undergo ablation therapies in Australia quite successfully every year. However, compared with other anti-cancer therapies, like certain surgical procedures or chemotherapy, it is not so well known. In fact, laser ablation therapy is frequently used as a bladder cancer treatment these days. It is also widely used among kidney cancer patients as a treatment for their tumours, too. What is it, how does it work and what can you expect if your bladder or kidney cancer treatment comes in this form?

To begin with, your doctor may recommend an ablation therapy to try and destroy the cancer cells in your bladder, kidney or other organs, in some cases. However, two types of therapy come under the umbrella term of ablation treatment. Both involve similar processes but one, known as radio-frequency ablation, heats the targeted cells to get rid of them. The other takes the reverse approach and aims to deal with them by lowering their temperature. This is known as cryotherapy whereby the cancerous cells are frozen.

How Is Ablation Therapy Carried Out?

One of the most important things to know about ablation therapy as a bladder or a kidney cancer treatment is that it aims to be as non-invasive as possible. That said, to reach your internal organs, a small incision is sometimes required. Where this is the case, it is much less invasive than conventional surgery, however. So-called laparoscopic cryotherapy requires a small cut in the skin close to the affected area through which a needle can be pushed. This then delivers the freezing treatment to precisely where it is needed.

Percutaneous cryotherapy, on the other hand, requires no incision to be made. That said, the skin is punctured, under an anaesthetic, to allow the cold needle to pass through. In the case of radio-frequency ablation, a small probe is inserted into the body which means that only a tiny hole is left to heal once the procedure has been carried out. Where bladder cancers are being treated by radio-frequency ablation, the probe may be pushed through the urethra. However, this is usually not possible for kidney cancer treatments.

The Pros and Cons of Ablation Therapy

Many patients like the fact that they won't have to undergo energy-sapping chemotherapy or recover from major surgery because of the ablation therapies being offered to them. The use of lasers is tried and tested and it means that impacted blood vessels can be sealed to prevent internal tissue from bleeding too much. However, some patients report that they need to urinate more frequently as a result of this treatment, and they can also sense a burning feeling when they go to the toilet afterwards. 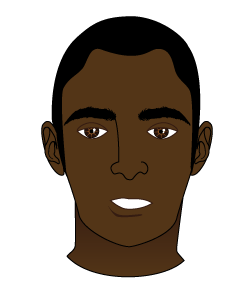 Hello! My name is Bobby and I am a 66-year-old man who lives alone in Melbourne Australia. I am in pretty good health at the moment but over the last couple of years, I have had several medical conditions which needed professional attention. I am not a big fan of going to the doctors, but this time I got lucky and was assigned to a really friendly nurse who explained exactly what was going on during the diagnosing and treatment of my health problems. I learnt lots of useful things so I decided to ask my grandson to help me start this blog so I could share my knowledge with other people.

Signs You Need To See Your Gynaecologist To Switch Your Oral Contraceptive
28 December 2019
Once you have decided to put off having children, you probably have chosen to get on an oral contraceptive, commonly referred to as birth control pill …

Your Guide to Ablation Therapies
24 October 2019
Many people undergo ablation therapies in Australia quite successfully every year. However, compared with other anti-cancer therapies, like certain su …

What to Expect When You Need After-Hours Dental Care
27 September 2019
There are times when you will experience a dental emergency. This could be dental pain, a broken tooth, infection or another dental issue. When this h …